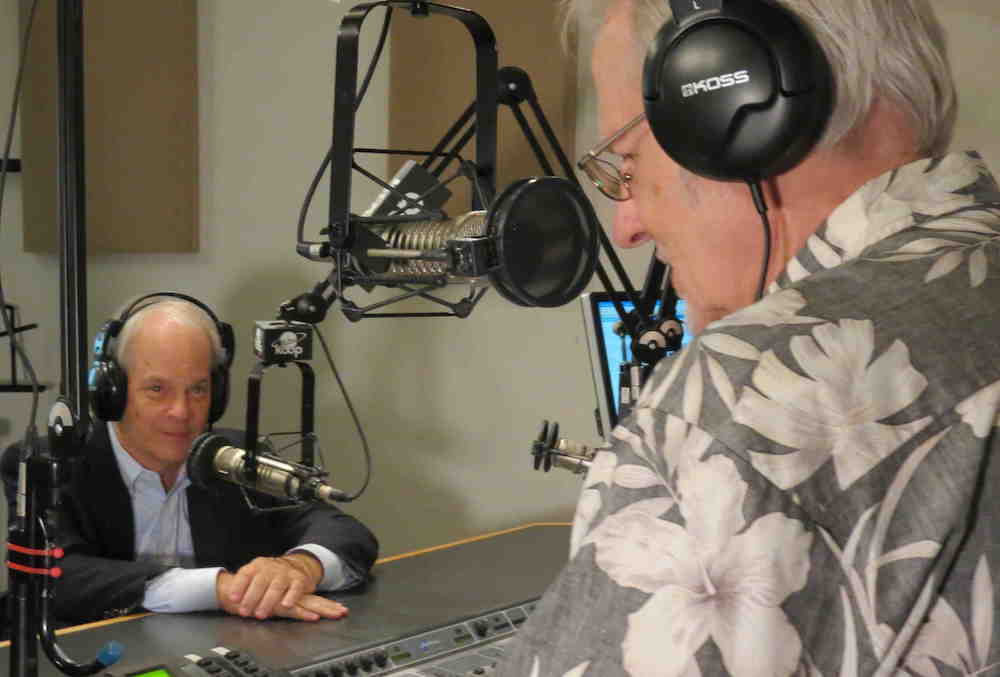 Noted Democratic strategist and Rag Radio political analyst Glenn Smith once again joins host Thorne Dreyer to take on the political horror show -- from our president's enabling bromance with Nazis and Klansmen -- to the parallel craziness of the Texas legislature, where ultracon Gov. Abbott has been engaged in a duel-to-the-death with moderate House Speaker Joe Straus over who can go to the bathroom and how to manhandle the state's cities that have gone astray. Many Texas Repubs, Glenn points out, denounce the white supremacists while they advance racist and anti-immigrant policies (Sanctuary cities. Bad.), unconstitutional redistricting, voter suppression, and worse.

Glenn Smith is the director of Progress Texas PAC, an op-ed columnist for the Austin American-Statesman, a columnist for Quorum Report, and a former political reporter for the Houston Chronicle and Houston Post -- and he managed Ann Richards' winning 1990 Texas gubernatorial campaign.

Smith and Dreyer have teamed up numerous times on Rag Radio, hoping to shed at least a little light on the shadowy political scene.Glenn Smith, left, and Thorne Dreyer. Photo by Roger Baker at the KOOP studios in Austin, August 18, 2017. Rag Radio is produced in the studios of KOOP 91.7-FM, an all-volunteer, cooperatively-run, solar-powered community radio station in Austin, Texas, in association with The Rag Blog and the New Journalism Project, a Texas 501(c)(3) nonprofit. The host and producer of Rag Radio, Thorne Dreyer, is a prominent Austin-based activist and writer who was a pioneer of the ’60s underground press movement. The show’s engineer and co-producer is Tracey Schulz and the staff photographer is Roger Baker. The syndicated show is broadcast (and streamed) live Fridays, 2-3 p.m. (Central) on KOOP, and is later rebroadcast and streamed on WFTE-FM in Mt. Cobb and Scranton, PA., on Houston Pacifica's KPFT HD-3 90.1, and by KKRN, 88.5-FM in Round Mountain, CA -- and as a featured podcast at Veterans Today Live.